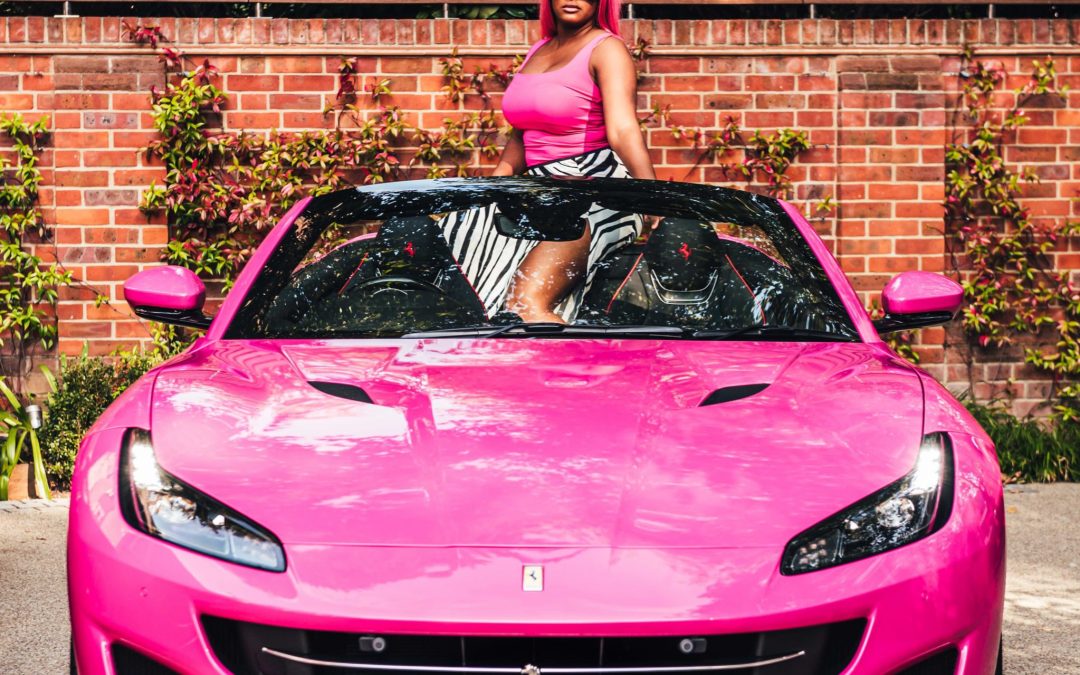 The award-winning disc jockey had taken to social media to share photos of herself posing with her customized Ferrari Portofino. She also shared photos of herself and Temi posing with all three cars. The cars were customized with their brand names; Cuppy, JTO, and Tolani. The cars also came in different colors, Cuppy’s own in pink, Temi’s in Brown, and Tolani’s in Blue. According to Google, a Ferrari Portofino is worth $215,000 which converted to Naira is 83,297450.

Popular comedy group, Ikorodu Boiz, have also joined thousands of Nigerians who reacted to the news of billionaire Femi Otedola’s expensive Ferrari gifts to his three daughters, DJ Cuppy, Tolani and Temi. In their usual fashion, the boys decided to recreate the celebratory posts shared by Cuppy and her sister on social media. The boys were spotted striking similar poses just like DJ Cuppy and Temi. Check out their post below:

Original Copy, the debut album of pop musician and disc jockey, DJ Cuppy, has been getting rave reviews since it was released in August. You can Listen to Dj Cuppy’s Debut Album ‘Original Copy’ Here >>> https://t.co/hBY5WtAPgN?amp=1